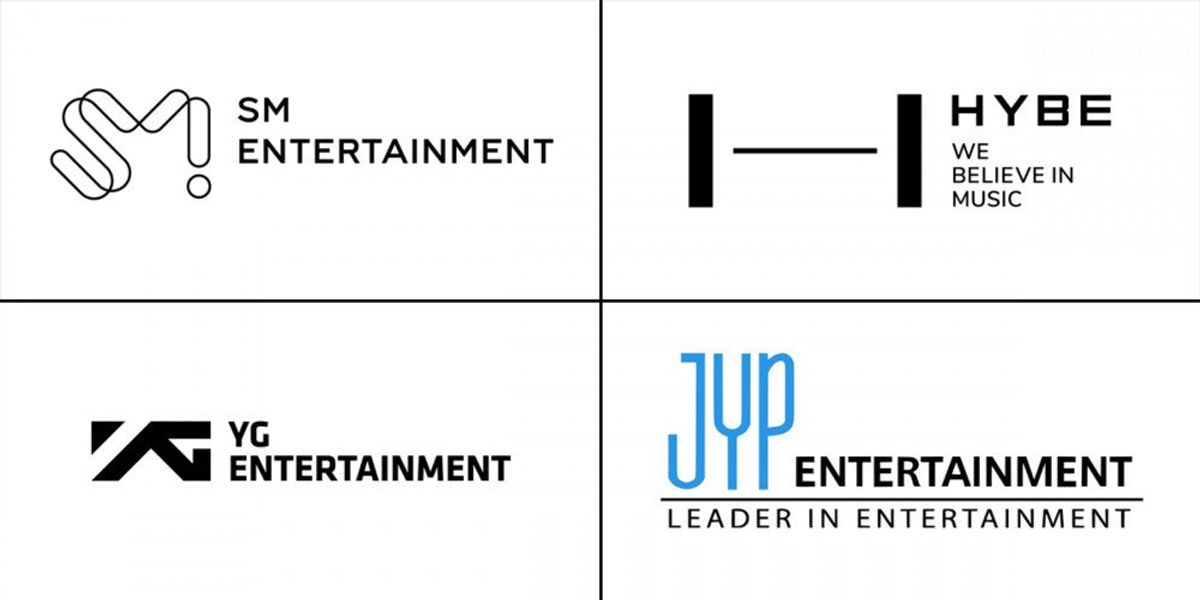 Prior to entering the 1st quarter of 2022, industry experts revealed an analysis of the entertainment revenues earned by the ‘Big 4’ agencies (HYBE, SM, YG and JYP) in the final quarter of 2021. They even projected yearly revenues, predictions for 2022, and more.

The total revenue together came to an incredible 730.7 billion KRW (or ~607 million USD)! Find out how much each company out of the ‘Big 4’ made, from lowest to highest revenue earned, between October and December 2021 in this article.

Out of the ‘Big 4’ companies, the one that made the least revenue (yet an impressive amount) for the last quarter of 2021 is JYP Entertainment.

It is expected that in 2022, rookie artists including Xdinary Heroes, NMIXX, and the debut team members of the SBS audition program ‘Loud’ will bring in fresh revenues for JYP Entertainment.

Moving on to the third place out of the ‘Big 4’ for the highest revenue for the last quarter of last year is YG Entertainment.

The company recorded sales of 77.2 billion KRW (~ 64.2 million USD) and an operating profit of 6.4 billion KRW (~ 5.3 million USD). Some industry insiders label YGE’s 4th quarter scores as an “Earning Shock”, considering that the only major releases that came out in the fourth quarter were from Mino and Kang Seung Yoon.

For 2022, apparently YG Entertainment is planning big releases from TREASURE, BLACKPINK, and WINNER, along with launching the company’s brand-new rookie girl group in the second half of the year.

Out of all the ‘Big 4’ the company that made the second-highest amount in revenue for the final quarter of 2021 is SM Entertainment.

In the 4th quarter of 2021, the company’s projected sales amounted to 192.7 billion KRW (~ 160.2 million USD), with projected operating profits amounting to 18.4 billion KRW (~ 15.3 million USD). Throughout the 4th quarter, artists including NCT 127, AESPA, Kai, and Super Junior D&E contributed to over 4 million copies in album sales, and artists including NCT 127 and Aespa swept multiple awards at year-end ceremonies.

Ahead in 2022, SM Entertainment might be seen expanding its business ventures in new areas, like the Metaverse, NFTs, and more.

The Korean entertainment company that made the highest revenue in the fourth quarter of 2021 is HYBE Labels.

The total amount they recorded during this duration was 402.4 billion KRW (~ 334.5 million USD). This was the highest-earning quarter of 2021 for the company, due mostly to album releases by SEVENTEEN and ENHYPEN (who sold around 4.77 million units). Thanks to this high number, it is projected that HYBE Labels might reach the 1 trillion KRW milestone  in yearly profits for 2021.

The company’s plans for 2022 include BTS resuming activities with ‘Permission To Dance on Stage – Seoul’ in March, also attending the ’64th Annual Grammy Awards’ in April. HYBE Labels also plans to launch Weverse 2.0 in the first half of 2022, enter into the NFT market, and more.