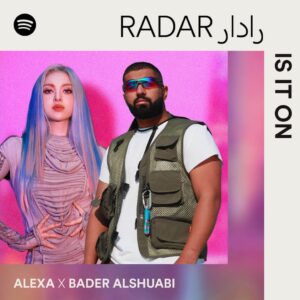 SEOUL – May 18, 2021: Spotify, the world’s most popular audio streaming subscription service, announced the launch of the RADAR artists collaboration with K-pop artist AleXa and Kuwaiti-Saudi artist Bader AlShuaibi.
This is the first time in Spotify’s history in which a RADAR KOREA artist and RADAR MENA artist collaborated, and the first time a RADAR KOREA artist is participating in a cross-border collaboration project on Spotify.
Throughout the project, Spotify’s first RADAR KOREA artist AleXa is joining forces with RADAR MENA artist Bader AlShuaibi on a new collaborative single ‘Is It On’ to be released on May 21st, for listeners from both regions and beyond. ‘Is It On’ is a K-pop style track with high energy based on a distinctive reggaeton rhythm with a fresh melody line and a catchy lead sound and a drop.
Spotify has been preparing for the RADAR collaboration for over a year. While the track will be fully owned by both artists’ labels, Spotify oversaw the project spanning from connecting the two for the project to marketing support. The support includes the cost of production. on-platform promotion, a billboard placement in New York Times Square as well as social media support to maximize exposure and drive listenership globally. 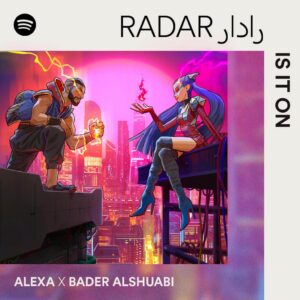 On Spotify, there has been a 140% year-on-year increase in K-pop consumption from January 2020 to January 2021 in the MENA region. In particular, Saudi Arabia, the UAE, Morocco, Egypt and Qatar are currently the top five MENA countries streaming K-pop music. With K-pop being a dominant genre in the MENA region, the new RADAR collaboration aims to amplify music with the potential to crossover. The collaboration – based on Spotify’s RADAR program – will ultimately give both artists global exposure and help them expand their audiences across borders to over 178 markets.

The RADAR program is Spotify’s global artist program, exclusively designed to help emerging artists around the world reach the next stage in their careers and strengthen their connection to listeners. Spotify provides artists taking part in RADAR with resources and access to integral marketing opportunities to help them boost their careers, in addition to expanded reach and exposure.

RADAR KOREA – showcasing rising artists from the homeground of K-pop – officially launched in August 2020, with AleXa being the first featured artist. She was also the second most streamed RADAR KOREA artist globally in 2020. And RADAR MENA artist Bader AlShuaibi is one of the most well-respected rising artists in Kuwait and the Middle East, also known as the future of Arabic Pop.

“I’m so grateful for this collaboration. It’s a fresh, never-heard-before mix of cultures and sound. I really can’t wait for our fans all over the world to hear this track,” said AleXa. 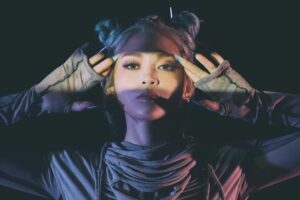 “It’s 2021, we barely see any borders between cultures and people. This project is the child of globalization and my personal love for Korean Pop culture. AleXa is an extremely talented artist and together I believe we created the coolest cross-cultural collaboration, ever,” said Bader.

“In testament to the global impact of K-pop, our team has dedicated a lot of time and resources into making the first RADAR collaboration featuring a K-pop artist come true” said Andy Sloan-Vincent, Spotify’s Head of Global Music Programs who oversees RADAR programs globally. “Music has no borders. Spotify will continue to enable cross-collaboration of rising artists from different regions, helping to connect K-pop with the world in creative ways.”

Spotify transformed music listening forever when we launched in 2008. Our mission is to unlock the potential of human creativity by giving a million creative artists the opportunity to live off their art and billions of fans the opportunity to enjoy and be inspired by these creators. Today, with over 70 million tracks and 4 billion playlists, we are the world’s most popular audio streaming service with a community of more than 356 million listeners across 178 markets

Continue Reading
Advertisement
You may also like...
Related Topics:AleXa, MENA