Connect with us
s 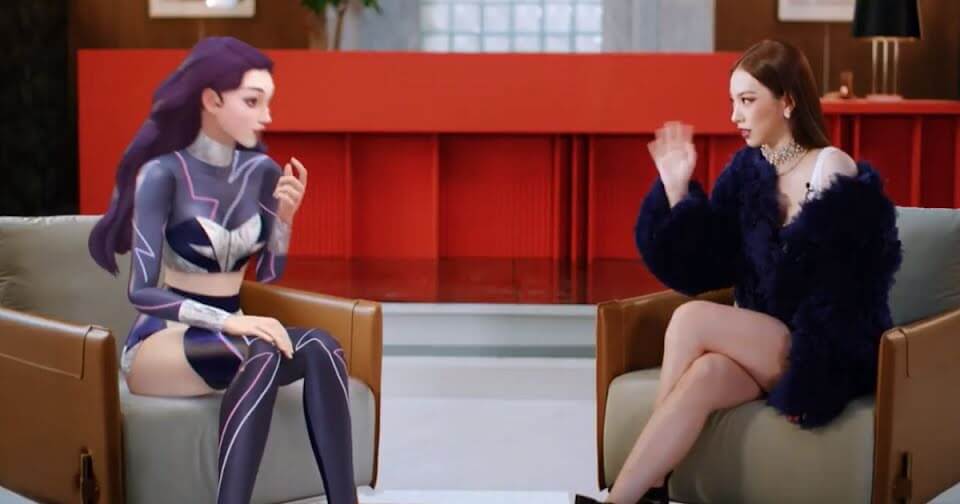 SM Entertainment and Lee Soo Man were invited to speak at the 2020 WCIF (World Cultural Industry Forum), where Lee Soo Man revealed SM Entertainment’s newest plan for the “aespa Universe”, which would combine real-life members (such as Winter and Karina) with digital world members.

While he initially thought such an idea wouldn’t be possible in the entertainment industry, he then decided that it would be possible to include the idea of celebrities and avatars with aespa. The two entities would be used to support each other in a new revolutionary idea.

Within aespa, there are real-world members and virtual-world members. The members of the real and virtual works don’t ask one another to do something specific, but they are able to interact and communicate as [the virtual members] have AI brains.

They are able to talk to each other and help each other, become friends and share info.

They will also eventually be able to enter each others’ worlds, and interact with each other by hosting live sessions on social media, all of which hasn’t existed up until now.

SM Entertainment also teased how aespa would exist in the real and virtual world at the event.

One thing that was also teased during the virtual announcement were some of the members of aespa. While Karina and Winter were already revealed, the preview for aespa’s digital world also included Ningning and Aeri. It is unknown if these four members will be the only ones in aespa, if there will be more members revealed later, or even added later similar to NCT.

While the real world members will perform on real stages, the virtual members will also have their own separate activities digitally.