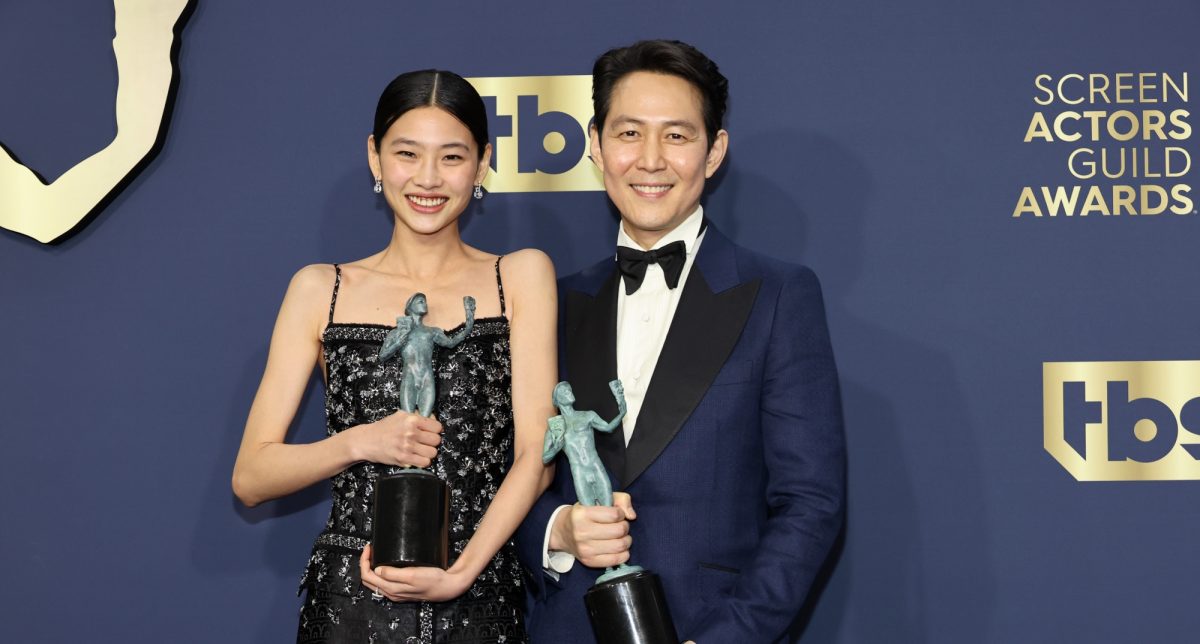 Actor Lee Jung Jae who plays Seong Gi Hun in Squid Game, won the best Male Actor in a Drama Series at the Screen Actors Guild Awards. While he gave his acceptance speech, the cast and crew of the drama series cheered on.

Actor Jung Ho Yeon who plays Kang Sae Byeok, won the award for Outstanding Performance by a Female Actor in a Drama Series. She was up against veterans like Jennifer Aniston, Reese Witherspoon, Elisabeth Moss and Sarah Snook. The actor fell on the floor in disbelief as she and actor Lee Jung Jae embrace each other.

Later during an interview, the actors were asked by a reporter, “Now that you’re SAG winners, what are you going to miss the most about being anonymous?” Actor Jung Ho Yeon replied by saying, “Nothing”, to the ignorant question.